In a case that took more than four years and contained no small number of legal complications, Boxer & Gerson, LLP Associate Attorney Jenny Jerez recently achieved the most important number of all as far as her client was concerned: $637,787. That’s the sum negotiated at mediation and awarded to a Daly City man who suffered a debilitating back injury in 2012 while on duty as a manager in a Sausalito bar.

The mediator was agreed to by both parties in a case that, had it gone to court, risked an even more costly outcome for the defendant, the American International Insurance Group (AIG). “The defendant pays all mediator costs, so when they consented to mediation, I knew they were serious abut settling,” said Jerez. “Then it became a matter of writing mediation briefs and laying out our case, which for my client involved two different injuries.” 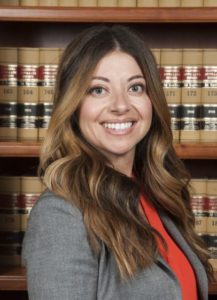 The case was greatly complicated by the fact that Jerez’s client had suffered a previous back injury in 1987. Previous injuries to the same body part are always reviewed in great detail by defendants and their medical experts for their possible relationship to a subsequent injury. Awards are lessened to the degree, expressed in percentage terms, that the court decides the previous injury is responsible for the plaintiff’s disability.

“Though my client is now totally disabled, getting a 100% disability award with a prior injury in his background was impossible. He does have a chance, however, to get a 100% disability through another mechanism, the state-run Subsequent Injuries Benefits Trust Fund. My colleague here, Frank Russo, is pursuing that case on my client’s behalf.”

Jerez joined Boxer & Gerson in 2011 after previously running her own law practice and serving as an associate in another firms with a workers’ compensation emphasis. She is a fluent Spanish speaker who immigrated to the U.S. with her family from her native El Salvador as a young child.